Skip to content
Home/Chris Kelly, News/Biglorryblog tells truck operators: ‘Make a nuisance of yourself!’ Chris Kelly has the right idea

Biglorryblog tells truck operators: ‘Make a nuisance of yourself!’ Chris Kelly has the right idea

Commercial Motor‘s Brian Weatherley takes his hat off to Keltruck’s Chairman, Chris Kelly, in his blog. 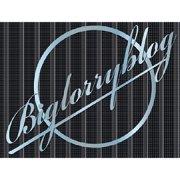 I take my hat off to Chris Kelly, the outspoken chairman of Scania dealership group Keltruck. Chris has made a name for himself as a fearless battler against red-tape, officialdom and challenging the status quo–to the point of becoming a thorn in the side of many local and national bodies and authorities (including the Police and VOSA not least when it’s come to truck theft and the need for dealers to have an O-Licence in order to take a trailer to a test station..) We don’t always see eye-to-eye on things (for example he’s all for private HGV testing and Biglorryblog is against it) but he’s 100% on the money with his recent call for operators to turn up at the public consultation meetings covering the introduction of congestion charging in the West Midlands—and make themselves heard.

Speaking to www.keltruck.com he says: “I’d like to see as many operators as possible attending these meetings as it’s their chance to have their say or, if they don’t, forever hold their peace!” He’s right of course. Her Majesty’s Loyal Hauliers are famous for grumbling about things—then claiming they’re too busy to do anything about it……wrong! The way to make things happen is to “challenge, challenge and challenge”. And if that means becoming a nuisance of yourself then so be it.

In this country ‘Officialdom’ heavily relies on the apathy of the Great British Population (and that includes truck operators) on the grounds that few people, if ever, can be bothered to complain. And it’s not unusual for those same officials and civil servants to be somewhat tardy when it comes to out giving information as to what they’re getting up to. Indeed, with regard to congestion charging Kelly claims: “There has been little or nothing by way of publicity for these official ‘consultations’ hence I am taking this opportunity to spread the word to operators and business people in the region. Incredibly the Local Transport Plan website,
www.westmidlandsltp.gov.uk, makes no mention of these meetings so I’ve e-mailed nearly one thousand operators and businesses alerting them to them and urging them to attend.” To which Biglorryblog says this is the perfect example of democracy–use it or lose it.

Likewise people forget that local officials are accountable so even if you think your voice wouldn’t be heard at a national level you’d be surprised the power local pressure groups can assert–not least on MPs.

It also begs the questions was this something the Freight Transport and Road Haulage Associations had a) already spotted and b) drawn to local operators’ attention as Kelly has done.