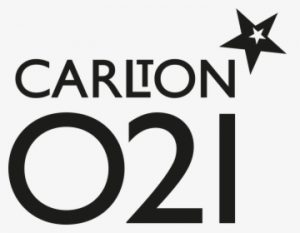 With contracts covering a wide variety of sporting, musical and other events, including providing ITV with its Champion’s League coverage, Carlton 021 has a heavy schedule of outside broadcast commitments throughout Europe.

“These new trucks are additions to our existing fleet and give us considerable extra capacity,” explains the company’s Director of Operations, Rob Hollier. “As well as delivering Euro-wide coverage of the Champion’s League, we are now also involved in the production of The Premiership, ITV’s new Premier League programme and providing footage for ITV’s Sports Channel (formerly On-Digital). This represents a considerable extra workload and it is this, along with our wish to upgrade our technology, that accounts for our investment. “We have selected Scania once again quite simply because we are extremely satisfied with the ones we already operate,” adds Rob Hollier. “We have had no problems whatsoever in terms of reliability and the overnight service provided by Keltruck meets our needs precisely. We were therefore very keen to continue our relationship.”

The new trucks are hauling specialised outside broadcast trailers which have been produced for Carlton 021 TV by Spectra Coachbuilders of Wiltshire. One vehicle is plated at 38 tonnes and has a tri-axle step-frame trailer containing equipment known as a ‘Scanner’. This includes a large production area which takes picture feeds from up to 20 cameras and is the trailer in which programmes are produced.

The other two vehicles are both plated at 28 tonnes and have tandem-axle step-frame trailers. One is a ‘VTR’ unit which, although its acronym stands for Video Tape Recorder, contains state-of-the-art hard disk-based recorders.

The third trailer carries cabling and other related support equipment. The new trucks are expected to cover 25,000 miles each per annum and join two other Scania tractor units already operated by the Birmingham-based company.