Plans to increase the speed limit of LGVs to 50mph on single carriageway A-roads have been revealed by the government. 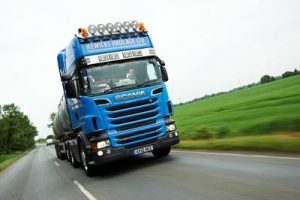 A consultation on the proposals runs until 1 February and follows a commitment by the Department for Transport (DfT) last year to consider the idea.

It said raising LGV speed limits could leader to quicker journeys and lower costs for the sector, as well as reducing the frustration for motorists.

Roads Minister Stephen Hammond said: “While this is likely to lead to more than £30m a year in benefits for businesses through quicker journeys and reduced congestion, I want to make sure we have carefully considered the evidence of all of the effects on the economy, environment and – of course – road safety before we make a decision.”

The DfT admitted that it had not yet been possible to assess the effect on road safety with a 10mph increase in speed and welcomed any sources of information on collision rates from consultees.

It added: “If additional information cannot be obtained, and regulations are changed to increase the speed limit, one of the options available to us is to set an early review date on regulations. This would allow for a detailed examination of collisions associated with the change of maximum speed and support early action should consequences be significantly different from those foreseen.”