Over £20,000 in fines were issued on the first day of the HGV Road User Levy yesterday, transport minister Stephen Hammond has said. 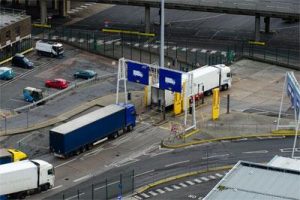 Speaking at the official launch of the DVSA today, Hammond said a total of 687 trucks were stopped and checked for payment of the levy. Fixed penalty notices (FPN) were issued to 67 vehicles.

He said: “That is a testament that the Road User Levy came in on time [and] is working,” adding that stopping 67 vehicles to issue FPNs shows how important the Levy is for road safety.

The new agency was officially launched by Hammond and DVSA chief executive Alastair Peoples at its Training and Development Centre in Bedford this morning.