This is the third contract renewal and generation of Scania trucks purchased from Keltruck by AAH Pharmaceuticals, who originally purchased the Scania 3 series, then the 4 series and now the new P and R series range.

All 120 vehicles have been taken on a five year inclusive contract through Keltruck which has 13 depots across the Midlands.

AAH will use the mixture of 18 tonne boxvans, demounts, drawbars & tractor units for its twice daily deliveries to several thousand retail pharmacies, hospitals & dispensing doctors across the UK.

The first vehicle in the new fleet was handed over by Mike Kelly, Keltruck’s Sales Director, at the Commercial Vehicle Show at the Birmingham NEC recently. The vehicle has been registered AAH1 & put in the capable hands of Phil Weekes, winner of AAH’s Driver of the Year competition. The number plate, which has been sacrificed by AAH Group Managing Director, Steve Dunn, will be on Phil’s truck for the next 12 months. 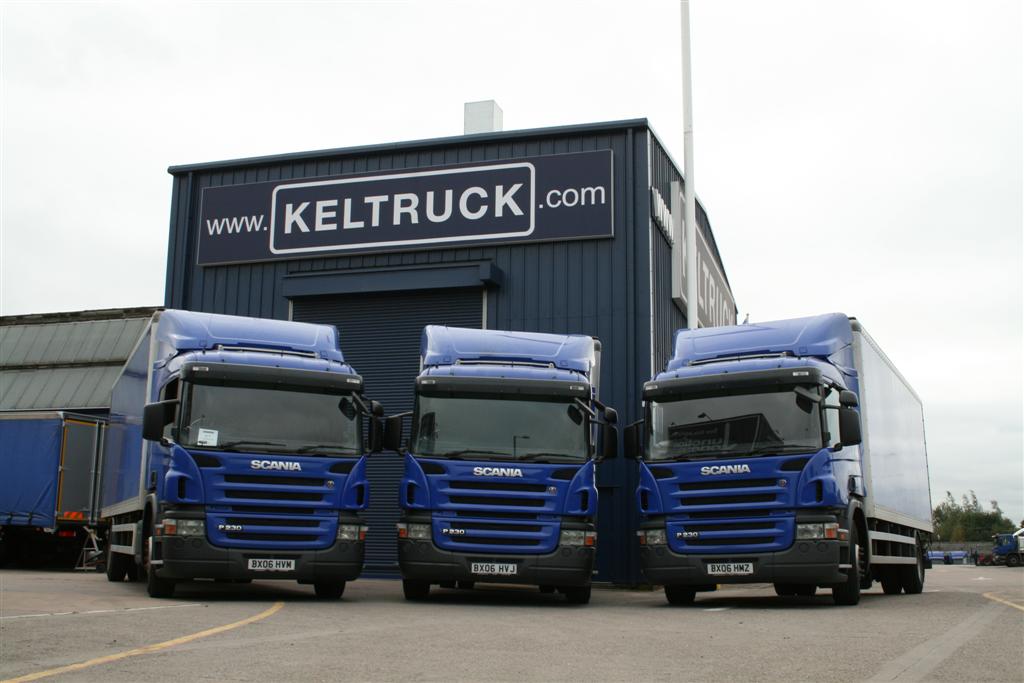