The deal was made between Martyn Hill, Account manager of Keltruck and David Parker, Director of Metafin Group Holdings Ltd.

The vehicle taken was a 285bhp P285DB6X2MNAS with a 30 foot curtainside body, sleeper cab fitted and the vehicle was equipped with air conditioning for added driver comfort.

The deal was enhanced with a five year ‘Support Programmes’ package which means it will have a full repair and maintenance all managed from the Keltruck Willenhall Branch located just a few miles away and backed up by over 94 nationwide service points which are never more than phone call away should the driver require assistance giving full peace of mind.

Martyn Hill, Account Manager of Keltruck commented “It was a good feeling to finally supply a rigid Scania vehicle into Metafin”

Metafin is a private company, owned by the current chairman and has been a family business for over 30 years.  Metafin started with a working capital of £50 in 1974 and has grown over the years to become one of the leading trade coaters in Europe with a multi million pound turnover and a workforce of around 120 people operating from its own 150,000 Sq. ft. site.

Metafin Group Holdings Ltd have used the logo “You Make it – We’ll Paint It” referring to their Electroplating and power treatment programmes which makes them amongst the best in their field.  Quite interestingly Metafin powdercoat components that can be found on Scania vehicles such as gearbox casings etc.

Andrew Bentley, General Manager – Marketing and & Business Development commented “I was personally very pleased when Martyn told me he had won this deal, Metafin are a local company to where I grew up and live now so it is great to see them [quite frequently now] operating their Scania vehicles and using Keltruck for the aftersales support services”. 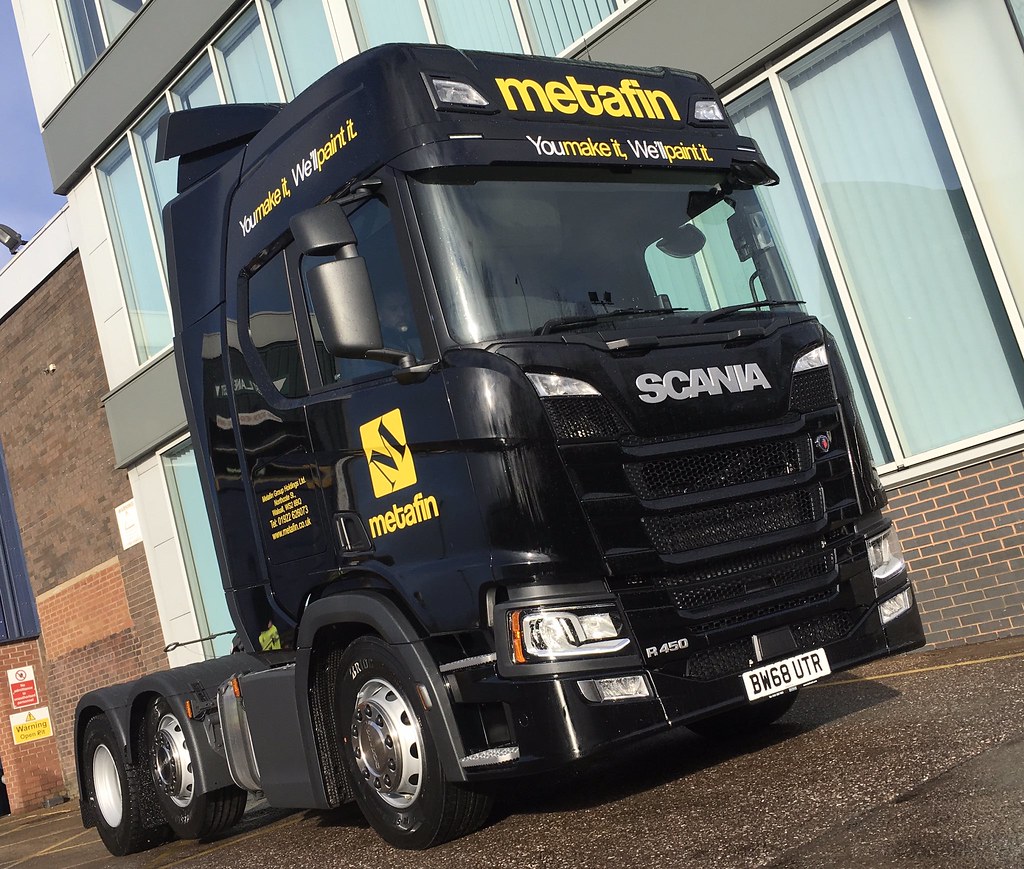