Nottinghamshire Police have offered a lifeline to hauliers in the fight against crime, with the decision to establish a specialist freight crime division under its National Business Crime Forum (NBCF). 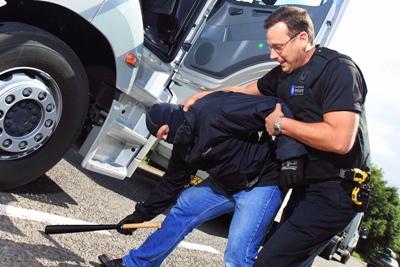 A cross-sector initiative launched in October last year, the NBCF brings together representatives from the private sector, police forces, the Home Office and other key industry bodies in an attempt to tackle the impact of crime against businesses.

Sergeant Richard Stones is heading up the operation, and would like to firmly incorporate freight crime into the NBCF, providing a valuable police resource since the closure of TruckPol in March due to the withdrawal of government funding.

He is currently urging hauliers and police forces around the UK to forward any details of freight crime to Nottinghamshire Police, so as to ensure a continuous record of data is being kept.

Road Haulage Assocation (RHA) head of crime and security, Chrys Rampley, says it is a positive step for the industry that Nottinghamshire Police is looking to take a lead role on the issue of freight crime.

Ellman confirms she will be investigating to ensure an impact study was carried out when the Home Office cut TruckPol’s funding in April 2011, adding: “Freight crime is very serious and we need to see what can be done.”