The truck was purchased by A. Hingley Transport, a West Midlands-based haulier established back in 1968 by Arthur Highley and operated today by his sons Alan, Ray and Keith. Decked out in its distinctive gold livery, the flagship Golden Griffin will attend various events throughout the UK.

Ray Hingley of A Hingley Transport said “We already own the first Scania sold in the UK – a Scania-Vabis LB76 – and now we own the first of the golden jubilee models. While the modern truck is in a different world when it comes to performance and economy, both have to be considered the absolute leading trucks of their time.”

Andrew Jamieson, managing director at Keltruck, said, “It is quite fitting that Hingley have acquired the first of the Golden Griffin trucks to stand alongside the first LB76 delivered into the UK and perhaps when Scania celebrates 100 years in the UK, the next Hingley and Keltruck generations will still be following suit.”

Each of the anniversary trucks will carry a plaque with a unique number. The tractor units are available with 580 or 730hp engine outputs – the model bought by A. Hingley has the 730hp option. The trucks are provided with the Scania R-series Streamline Topline cab with a vast array of luxury options.

More information on A. Hingley Transport is at hingley-transportltd.co.uk. 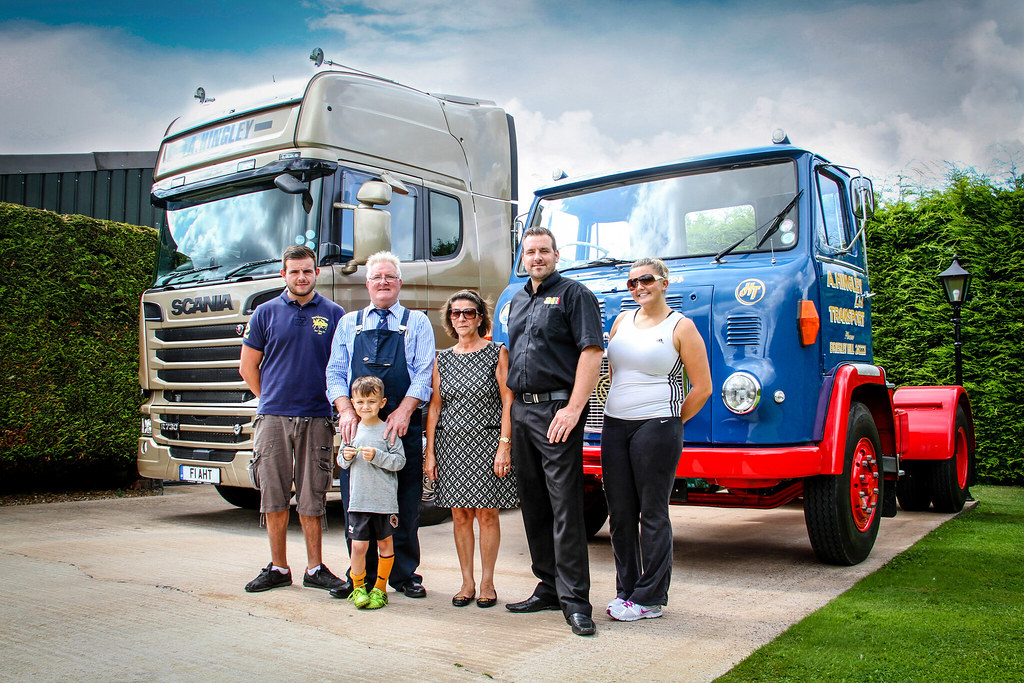