Skip to content
Home/Customers, Scania/Robinsons of Worcester is ‘in the pink’ after landing prize CEMEX deal

Bulk haulier Robinsons of Worcester has seen off competition from some of the industry’s biggest ‘players’ to win a prestigious contract from leading building materials supplier CEMEX UK.

The three-year deal represents a major breakthrough for the long-established family firm, after it embarked on an ambitious programme of expansion.

Grant McMillan, CEMEX UK’s Inbound Process Director, says: “We chose Robinsons of Worcester because with each meeting we grew more impressed with their approach, and with the strong level of commitment they demonstrated.

“Here, we felt, was a company which could not only fulfill our requirements in terms of tonnages, but which also shared our business ethics in terms of its approach to managing drivers and health and safety issues that we could work and get on well with.”

Robinsons has now begun work on the new contract, which entails transporting clay 11 miles from a CEMEX quarry in Southam, Warwickshire, to the biggest of its customer’s three UK cement production plants at Rugby.

The operator has commissioned a new fleet specifically for the job. Dealer Keltruck has supplied 11 Scania G440 tractor units and a 32-tonne Scania P360 – the tractors pull all-aluminium Granalu tipping trailers while the eight-wheeler’s lightweight body is by the same Spanish manufacturer.

Each 44-tonne combination will make the journey up to seven and sometimes even eight times a day, with payloads typically approaching 31 tonnes. The rigid vehicle, meanwhile, has been commissioned to service a store that cannot be accessed by an articulated rig, and carries approximately 20 tonnes.

The transport operation was previously undertaken ‘in house’ by CEMEX UK and during the transitional period Robinsons of Worcester has employed three additional drivers and a new manager to oversee day-to-day operations.

Robinsons of Worcester was established more than 70 years ago as a livestock and dairy farming business. Its bright pink trucks – the colour scheme was first used in 2009 after being chosen by Managing Director Edward Robinson’s daughter Isabelle, then aged two – are among the most distinctive on the road.

Says Mr Robinson: “The CEMEX business has taken our fleet size from 21 to 33 trucks, so it’s a massive step forward for us. We’re a little company who have just taken a step up the ladder and are very much looking forward to proving we’re capable of meeting the challenge ahead.”

Mr Robinson paid tribute to the role played by Simon Miller, recruited last year as the company’s first Business Development Manager. “It’s largely through Simon’s hard work and determination that we’ve started to build relationships with the aggregates industry,” he says. “His efforts were crucial in helping us to win this prestigious new contract.”

CEMEX UK took the strategic decision to concentrate on its core activities and assign the transport operation to a third-party specialist.

Grant McMillan recalls: “We set out a tender process and approached eight companies initially. A couple declined when the size and scale of the inbound clay operation became clear. But we were also negotiating with some of the biggest names in the bulk haulage industry, companies that are well used to this scale of operation.

“Although keen to grow, Robinsons are quite small at the moment, so we’re going to be an important part of their business. We’re confident that they will value our contract accordingly by committing 100 per cent to make it work.”

And he adds: “These are still early days, of course, but we’re very pleased with the way Robinsons have handled the transition phase, which has gone as smoothly as we could have hoped.”

Notes to Editors: Helping to build a Great Britain

CEMEX’s vision is to help build a greater Britain by providing solutions to construction problems through our innovative building materials, our expertise, our understanding of the construction issues and our people.  We aim to create the best service and the best solutions for a better future.  For further information see cemex.co.uk or cemex.com.

This article was courtesy of Stephen Warren, Director of Impact Press & PR Ltd. 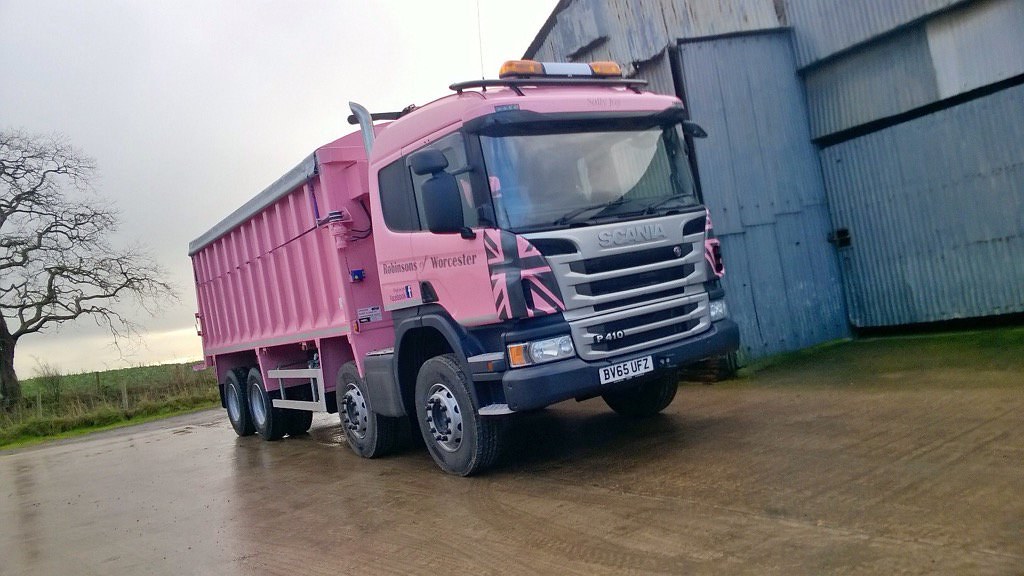