This remarkable vehicle is currently celebrating its 10th birthday having been registered in July 2006. 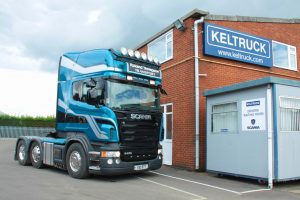 The vehicle was originally sold to present owner Roland Thompson by Keltruck in 2010 as a used vehicle.

Roland has transformed this vehicle into how it looks today with the help of the Accident Repair Centre & paint facility at Keltruck Newark. Phil Haywood, Depot Manager of Keltruck Newark talks us through how the vehicle became what it is today.

“The vehicle originally started life as a Judds Transport vehicle based in Devon. Once in Roland’s hands the modifications started.

“First of all was a roof mounted Kelsa top bar which was actually removed from his previous vehicle. The bar was blue and didn’t really match the vehicle but that didn’t stop Roland fitting it.

“Next was the stickers and company name which Roland designed. The rest has been improved over the years – replacement visor with additional LED lights, LED lights mounted in visor spots, name board light box, LED bumper mounted spots and fog, updated headlamps with LED day running lights, alloys all round and colour coded cat walks with chassis infill.”

In July this year Roland was going on to his annual holiday and decided to tidy up the cab paintwork. After speaking with close friend and Keltruck Newark’s Branch manager Philip Haywood it was agreed that the vehicle would be dropped off for the two week period to have front and rear discs and pads along with a few other mechanical items replaced. Regarding the paint work, this was left to the discretion of the branch manager, Phil, to decide with Roland’s parting words being “I’ll leave it with you just make it look nice. I trust you!”

“Not many customers would let you have free reign on their vehicle!”, comments Phil.

Once Roland saw the finished vehicle he was genuinely over the moon. Keltruck had colour coded his upper light bar to match the satin black on his name board, replaced the original grey colour on the front grills with gloss black and removed the satin black contrast tape from around the windows and this was also painted gloss black. To finish off we colour coded the mirrors, door handles and even the wiper arm. Last of all was a good old machine polish.

The Scania 470 horsepower, 12-litre six-cylinder Euro 3 engine in this vehicle was launched in 2001. The engine employed a new turbo and fuel technology. It was the first of the Scania engines at the time to be fitted with more modern high-pressure fuel injection system called Scania HPI which was developed and produced directly by Cummins following a project that was initiated in 1992. The engine featured a Scania in-house developed engine management system and ‘turbo-compounding’ which is an energy-recycling concept pioneered by Scania. The turbo-compound unit is essentially a second turbo that extracts residual energy from exhaust gas which is then recycled to the crankshaft thus boosting output and improving efficiency.

Roland has been an ‘owner driver’ since 1984, initially working mainly in the UK until 1988 when he purchased a second hand Scania 112 for work to and from the continent. Loyal to the Scania brand, Roland upgraded to a 144 in 2002 and then to the R470 that he runs today. Roland now works locally and his eye catching vehicle can be seen running around the Newark area on a daily basis. 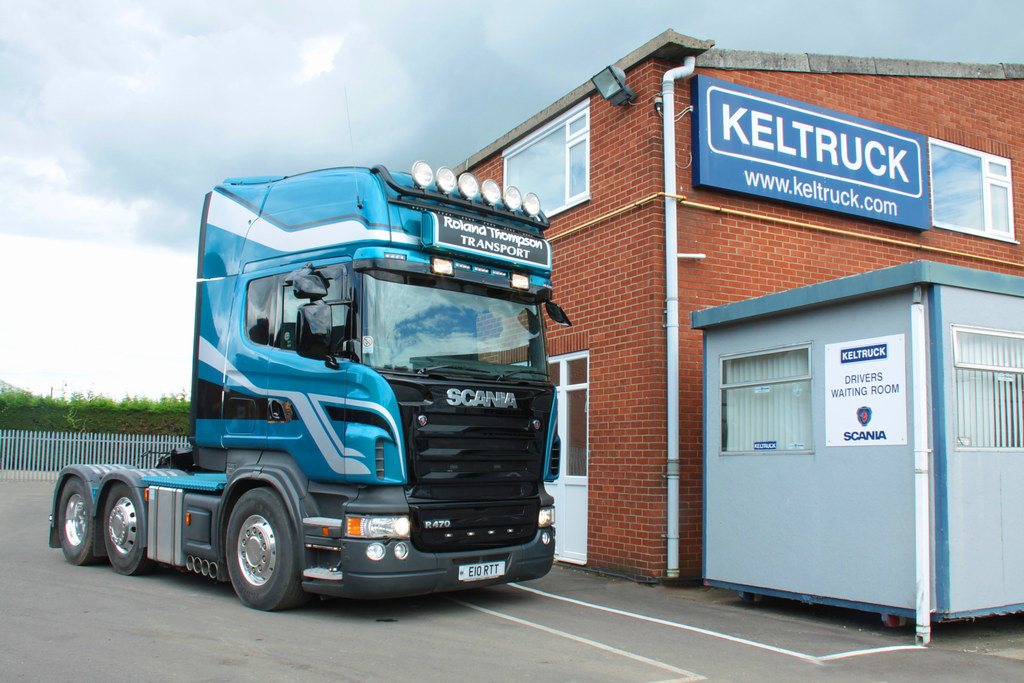