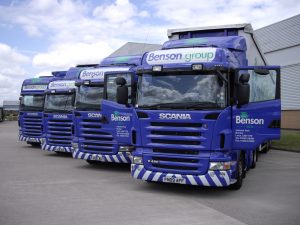 The fuel trials were conducted over a 12-month period with two vehicles operating within the Benson Group transport fleet on national distribution as far afield as Aberdeenshire in the north and Cornwall in the south west.  Throughout the trial period the vehicles were coupled to double-deck 50-pallet trailers and operated at their maximum weight of 44-tonnes GTW.  Benson Group reports an average of 9.3 miles per gallon was returned by one vehicle, with the second delivering 9 miles per gallon.  This performance convinced Benson Box Limited to further invest in Scania Euro 5 technology and a third 480 horsepower truck, this one a 4×2 tractor unit, has now entered service with its fleet.

“As an established Scania operator, we have long viewed the marque as a statement of quality which very much reflects our own core values,” comments Benson Group Chairman, Andrew Benson.  “In terms of the new generation Scania EGR Euro 5 vehicles, having researched the market and conducted our own extensive fuel trials, we are extremely impressed by their fuel efficiency.  Our operating experience means Scania’s reliability and performance are already well proven within our operation and the fuel efficiency of the new Euro 5 range has compounded our satisfaction in the brand as it will enable us to further reduce our carbon footprint.”

Benson Box’s three new vehicles are fully backed by a five year repair and maintenance contract, which will be fulfilled by Keltruck’s service centre in Groby, Leicestershire.  The vehicles are now operating on nightly trunk services between the firm’s four manufacturing plants in Bardon, Crewe, Newcastle-upon-Tyne and Gateshead

Founded by Andrew Benson’s grandfather, William Watson Benson, Benson Box Limited was established almost 90 years ago.  The company is today based on Interlink Park, Bardon, Leicestershire in a purpose-built production facility representing an investment of more than £20m.  The firm is primarily involved in the production of finished coloured carton packaging for the food industry. 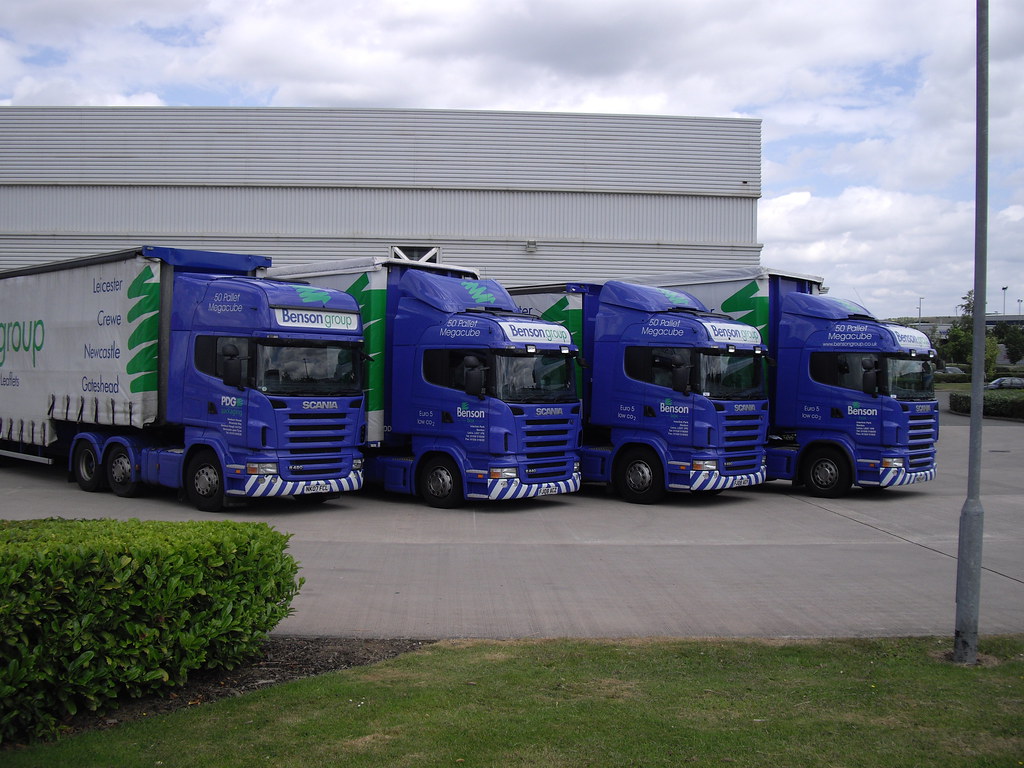