Scania is launching its new generation CrewCab, an all-new version of the current model Scania P-series-based safety crew cab, which for many years has served emergency services around the world.  Available in two lengths, the new CrewCab is fully integrated into Scania’s modular design programme and can carry up to eight passengers.

“As an integral part of our modular build system, the new Scania CrewCab offers the same levels of safety, quality and comfort as all our other cabs,” says Andrew Jamieson, Sales Director for Scania (Great Britain) Limited.  “Furthermore, despite being a highly specialised product which is tailored for the most demanding assignments, the design is totally free of compromises and model-specific solutions.”

With safety as its top priority, the Scania CrewCab has been fullly collision- and impact-tested.  A unique feature of all Scania’s cabs is that in addition to present-day crash tests they are also subjected to impact and rollover tests in accordance with earlier Swedish regulations, under which the same cab has to undergo all tests.  To further enhance safety, the new CrewCab can be specified with four optional rollover side-curtain airbags.

Available in either CP28 or CP31 format, (see Editor’s note), the longer version is offered in two roof heights; L (Low) or N (Normal).  As an integrated part of Scania’s modular build programme, the entire bodywork extension, regardless of variant, is situated behind the front cab section, rather than the body of the cab having to be cut and an additional section added.

The new Scania CrewCab is characterised by flexibility and options to enable the crew cab section to be designed precisely to customers’ own requirements. Scania estimates that the lead time for manufacturing a typical emergency vehicle has been cut by at least 30 percent due to the new truck generation’s CrewCab’s characteristics. The cabs are thoroughly prepared for routeing electrical and air connections, there are numerous robust attachment points, and an upper row of holes is provided on the vehicle’s frame for the bodybuilder’s use.

The crew compartment area can be equipped with everything from separate air conditioning and heating systems, controlled either manually or automatically, in conjunction with the vehicle’s basic system. The seating can be made up of separate seats or full bench seats and can be fitted with various seatbelt configurations, depending on whether the passengers are wearing rescue equipment.

The Scania CrewCab can be ordered with all versions of Scania’s DC09 and DC13 engines, combined with either Allison automatic gearboxes or Scania’s own automated gearboxes with Scania Opticruise.  Larger solutions with an
electrically-steered third tag axle (6×2*4) can now also be ordered directly from Scania as well.

The Scania cab designations are interpreted as follows: 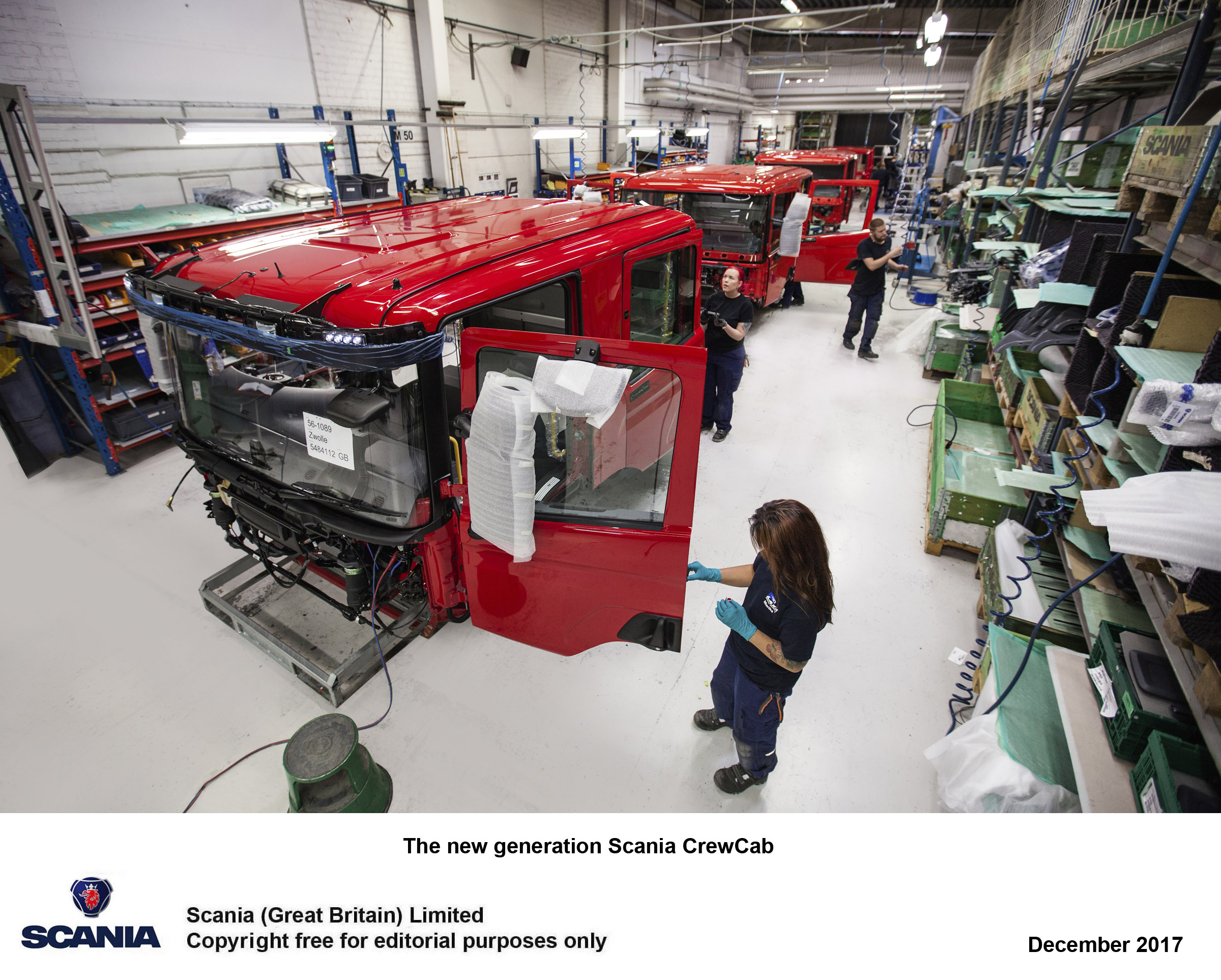 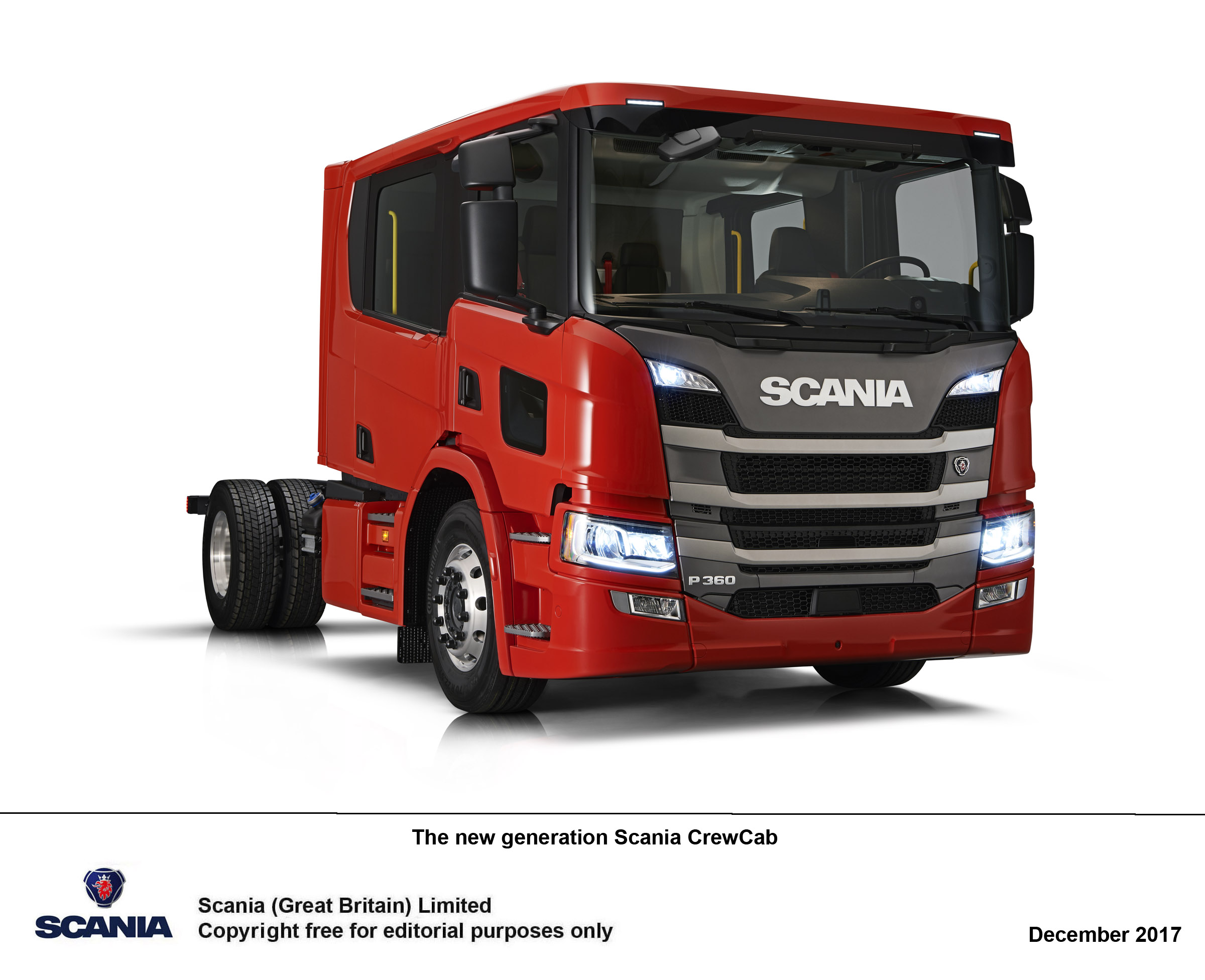