Evesham-based haulier, Spiers and Hartwell, is enjoying a number of benefits following its investment in drivers through Scania Driver Training and the use of the Scania Control and Tacho Download packages, including a 12 percent increase in fuel efficiency, heightened staff morale and less wear and tear on vehicles. 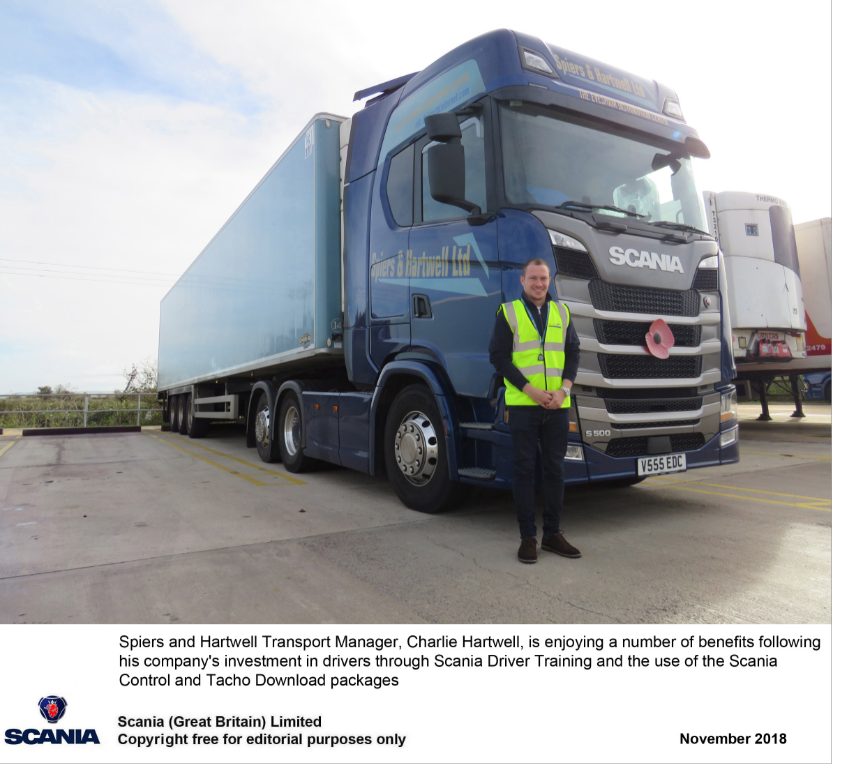 Operating an all-Scania fleet, Spiers & Hartwell is one of Keltruck’s longest standing customers with the relationship starting in 1983 when the company already operated the Scania LB110 model and began purchasing new Scania 2-series vehicles. Currently running 50 Scania trucks to destinations all over the UK, reliability and uptime are key to the chilled produce providers.

The company has been utilising the Control and Tacho download package for just over one year.

Following a trip to the Scania factory in Sweden, Transport Manager Charlie Hartwell learnt more about the telematics packages available from Scania and organised a trial on four of their vehicles on his return to the UK.

Charlie says: “There’s no hassle in getting set up as everything was available on the vehicles already, it was like turning on a tap. We were getting the information we needed from a number of different systems and sources which was time consuming and overly complicated. Now, we have everything in one place.

“We’re also now able to produce reports individually on drivers, topics and vehicle so even when drivers are in and out of different cabs, we can track their driving styles. It’s helpful as individual elements can be identified and improvements can be made. It gives us levels of details that we’ve never had before. However, we also wanted to complement the telematics with driver training so that our drivers were given a head start on getting the best out of the vehicle.”

Both members of the management team and 95 percent of the full time drivers at Spiers & Hartwell have now completed the driver training programme in conjunction with Scania.

Charlie continues: “We’ve seen the benefits of the training and we’d do it again. To put it into perspective, one driver can use £120 worth of fuel a week just idling – multiply that by a fleet of 50 and it soon adds up. Educating our drivers about the new vehicles that they’re driving and how far they’ve come technologically, means that they get more out of them and we can make considerable cost savings.”

As well as fuel savings, fuel efficiency has also been improved with the fleet regularly achieving 9.5mpg – an improvement of 12 percent in comparison to one year ago – and the vehicles have also experienced less wear and tear. 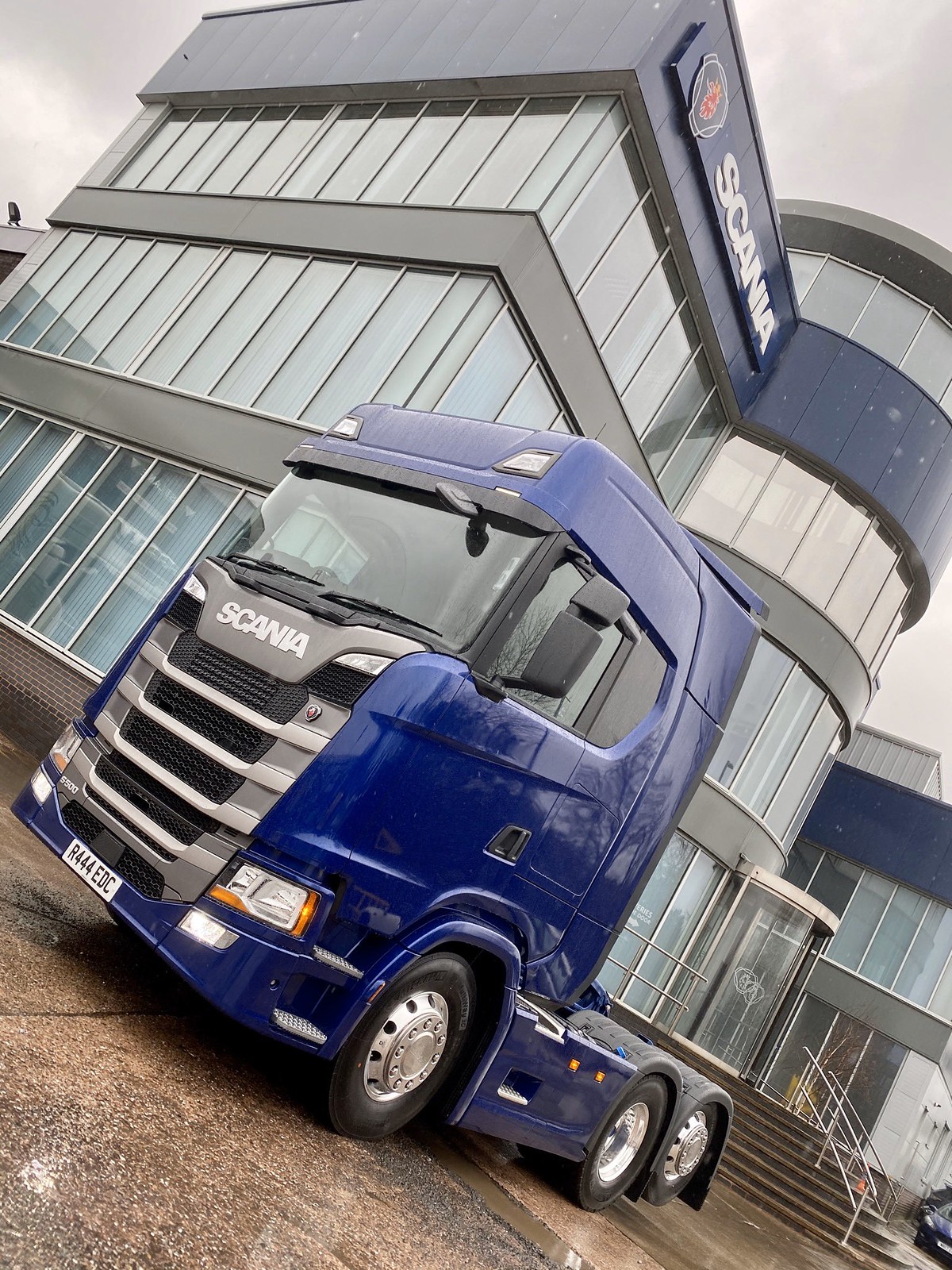