Skip to content
Home/Customers, Scania, Truck Sales/Suck it and see

Suck it and see

This family-run business from Gloucestershire is fast becoming a force in the world of roadside clean-ups, aided by its knack for bringing new and innovative products to the market.

Jeff Stock began life reconditioning and remounting road sweeping equipment onto new chassis, but Stock Sweepers, a family-run business established in 1998 has evolved, adapted and grown to become the only British manufacturer of suction excavators on the market.

Stock’s interest in sweepers arose while working in a previous job as an owner driver operating a JCB 3CX excavator loader while building crash barriers on the M20. He noticed the sweepers coming to clear the carriageway after the works were completed and took an interest. What followed was a decade of dismantling and repairing sweepers, giving him the knowledge to improve and refine what was needed.

“Carrying out all of the maintenance, stripping down the vehicles and remounting them, it taught us everything we know about how sweepers are built. But more  importantly it also taught us why they stop working,” Stock explains.

While refurbishing sweepers, some of the restored trucks were added to their own hire fleet, creating Stock Sweeper Hire, but with so much energy being channelled into the remanufacturing of sweepers, the hire business was ultimately sold to a firm in Bristol and Stock Remanufacturing focused on refitting and building sweepers.

Keeping it clean: The Scania G450 has become the truck of choice for Stock Group, with the XT being preferred for its off-road clearance

“We were fully refurbishing and remounting vehicles and using our own in-house engineered parts,” Stock says. “If you considered the whole machine, we were actually producing a high percentage of it ourselves. I quickly realised I was making quite a lot of the parts and if I just made my own hopper, I would have my own brand. All we had to do now was engineer our own body shell and we could produce a 100% new machine, fully designed, engineered and manufactured in-house by Stock Sweepers.”

From there, the business was born and the intimate knowledge acquired in restoring the equipment meant that Stock had already begun designing out the various flaws in the competitors’ vehicles so that when it finally came to building his own sweeper it was immediately superior, being easier to maintain and built to last longer.

In 2009, the first road sweeper from Stock Sweepers hit the road and understandably Stock was proud to have produced a quality product designed and manufactured in Britain, while also holding several patents for the various designs.

An example of innovation was found on an early version of the company’s rear suction sweeper which historically saw the intake tubes from the rear nozzle boxes enter the vehicle through the rear door of the machine. Stock saw an opportunity to speed up the manufacturing process and allow easier and quicker replacement of worn out components, so he decided to move the intake tubes from the rear door and instead enter the underside of the body. This design was eventually adopted by many other manufacturers as the legislations and regulations around rear under-run protection devices was changing at the time. Stock, with his superior design, was ahead the game.

Another invention of his is a patented leaf blower system for blowing leaves from roads and footpaths into the verges in a single pass.

Stock’s most recent venture, however, has been to develop the only British-built suction excavator.

The Stock suction excavator is different from a vacuum tanker – although the name ‘vacuum’ is frequently applied to the unit. Stock’s suction excavator relies on two fans to pull the matter into the hopper through a series of 40 filters, before expelling the exhaust air into the atmosphere.

“They shouldn’t be mistaken for vacuum tankers, they’re not vacuum at all, they’re air movers. With our machines, there are two fans, spinning at a high velocity, which pulls the materials along with the air through a 250mm-diameter hose.

“The fans behind the cab are driven by a splitshaft PTO, creating airflow not a vacuum. We need air to be going up the pipe as well as the detritus, to lift the soil and deposit it in the hopper. It goes through 40 filters, through the fans and out through a silencer,” Stock explains.

The result is up to 8cu m of matter siphoned up into the hopper of the excavator, which Stock has been building on Scania chassis since the start. The Scania G450 is the truck of choice for Stock’s creation, with the XT being preferred for its off-road clearance.

“We have the [XT] chassis because although these machines are mainly operating on building sites, motorways and other big project sites, they are often taken off-road to tip their loads, so you need a truck that can get off the road easily,” Stock says.

They shouldn’t be confused with vacuum tankers, they’re not in a vacuum at all, they’re air movers – I try to call them suction excavators

“We have built one on a Volvo, as a refurb, but everything else has been built on a Scania. Keltruck [Stock’s new chassis supplier] is very understanding that we are a new business and Scania has done a lot of work on the chassis to get the power to drive our suction equipment. It’s 450hp for now, but with the next generation it’s going to 460hp, which will work even better.”

Despite having sold his sweeper hire business, he continued to use the same process and experience even after encountering troubles with the first machine he had bought – a second-hand unit from Holland, which broke down on its very first job.

From this first machine, Stock purchased a further three second-hand units, before going on to buy a brand-new truck to add to his fast-growing hire business. Stock decided that, as he did with sweepers, he had gained the knowledge and experience to strip down and repair these machines from the ground up, so set about dismantling and fully refurbishing a fire-damaged unit with the intention of going into manufacturing suction excavators and adding them to his fleet, but the very first refurb proved to be the beginning of a new direction for the family business.

Word of the refurbishment of the fire-damaged vehicle spread, prompting a competitor to call Stock and visit his site. Stock says that having seen the quality of the work on the refurbished excavator, the competitor made a simple decision to buy them out of the hire business. As a result, the order books for Stock’s suction excavators are now bulging with the demand from its new partner.

A family-run business, with sons Tom and Mitch running the sweepers side of things, Stock Group (which includes Stock Sweepers, Stock Excavators, Stock Re-Manufacturing & Stock Rentals) employs a total of 85 people, with 65 manufacturing staff including 17 welder fabricators. It also has its own shot-blasting, powder-coating and wet painting facilities at its site in Cinderford near Gloucester.

If people are looking to buy British, we are the only option for sweepers and excavators

Stock Group holds four patents to intellectual property required to make its vehicles, and has another three pending, but despite the innovation, Stock says it is still the simple fact that it has a British-owned and manufactured product that is arguably its largest selling point.

“If people are looking to buy British, especially after Brexit, we are the only option for sweepers and excavators,” Stock says.

“We like to think we build our machines stronger because we have been operating the competitors’ machines previously and know how to build them stronger. We also get a five-year warranty on our CANbus controls and ECUs from the manufacturer that we pass on to our customers, which is something that the others are not doing. It’s unique that we have various patents for various designs of sweepers and suction excavators too.”

Despite being a relatively new name, Stock Group is anything but a start-up. Stock’s experience and expertise, as well as an eye for creating something new, have made this blossoming Gloucestershire company a growing force in the world of roadside clean-ups. And having already laid claim to having produced the world’s first hydrogen-powered road sweeper back in 2016, Stock Group and its various facets will no doubt continue to excavate new routes to market with its innovative product range.

Click here to read the full article in PDF format. 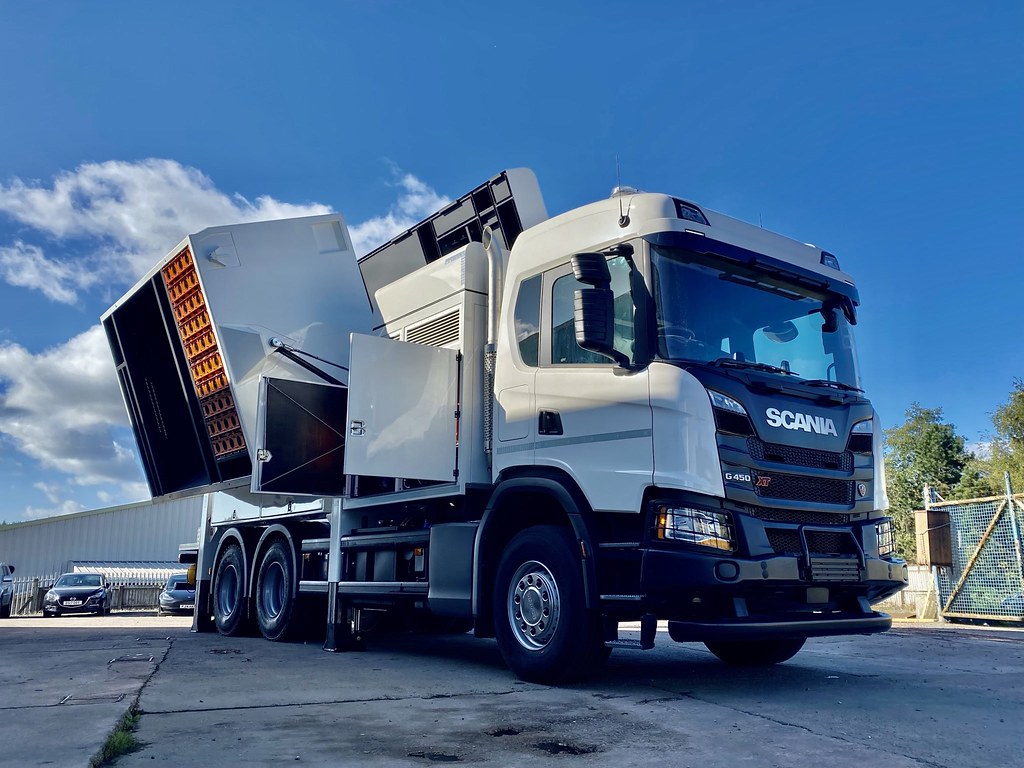 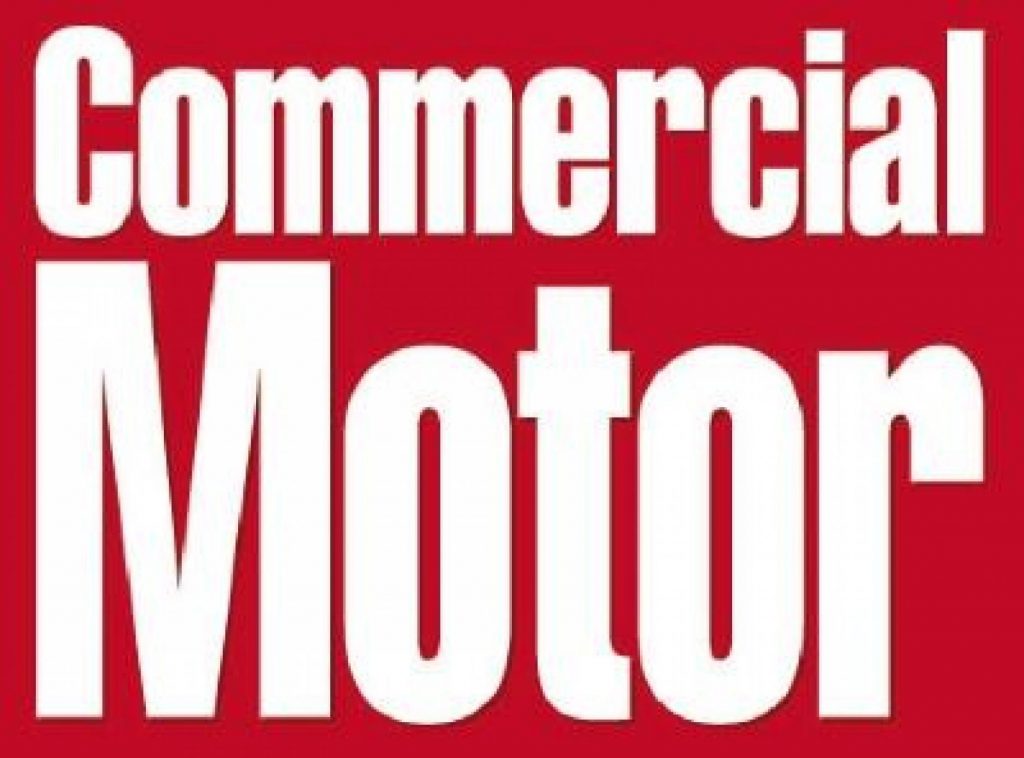 Thanks to Commercial Motor for the article content and use of the full article PDF.