Well-known Coventry bulk aggregate haulier, Conor Bartlett, is a young man with more power under his right boot than most.

If your grandparents started a transport firm, and then your dad started another, there’s a fair chance that you would have spent pretty much your entire life around trucks.  That’s certainly the case for 20-year-old Conor, a third generation member of the Bartlett family who grew up with the sniff of diesel in his nose and now has it coursing through his veins in bucketfuls.

“I did start young, that’s for sure,” says Conor.  “I used to love going out on the lorries with my dad or my granddad, and I started off myself by driving shunter around the yard.  School wasn’t my thing, and I couldn’t wait to leave and get my licence.  I did that as soon as I turned 18 and started working for the family business as a driver.  Had to work my way up, though – my first truck was a little four-wheel tipper, and after that, I progressed to 4-series Scanias. I’ve no idea what I’d do if I couldn’t drive…but it would have to be something in the transport industry.  Mechanic maybe…”

Two years on and Conor, at the ripe old age of 20, is still driving and now has his own Scania V8, an R 580 Topline tag-axle 44-tonne gross train weight unit, in which he spends his days hauling bulk aggregates around the local area, or shifting waste as far afield as Yorkshire and Kent.  We ask if he lets anyone else drive it.  “No chance,” comes the reply.

And you can see why not, for Conor’s V8 is something special.  OK, so it doesn’t actually have any bells or whistles fitted, but it does have a very snappy glare-reducing sun visor, half a dozen spotlights to brighten the way, six sparkling alloy wheels, a pair of air horns to let you know he’s coming and a set of heavy-duty bull bars strong enough to halt a, er…, bull.

It’s got plenty of pulling power and is well on top of the job. And that makes for a relaxed, comfortable ride, which is important. The reason we went for a V8 is that we wanted a flagship for the fleet.

The package is completed by a superb traditional red, white and blue livery, with pinstripe detailing to highlight and emphasise the smooth, sleek lines of the Scania R-series Highline cab.  Inside, the interior is largely untouched except for the addition of a retro Scania-Vabis steering wheel.  That together with its wood-trimmed gear lever (yep, it’s got a manual box and three pedals…) gives it the look and feel of what any dyed-in-the-wool enthusiast would call ‘a proper truck’!

“It certainly does turn a few heads,” confirms Conor.  “I’ve done a few shows with it – Truckfest, and I’ve been as far as the Truckstar Festival in Assen, Holland.  But I haven’t yet managed to catch the judges eye just yet…maybe that will all change now I’ve been in the T&D calendar!”

Conor’s rig is plated at 44-tonnes gross train weight, so you could say its 580 horsepower engine is more than generous, based on the old haulage adage of ‘ten horses per ton’.

“Yes, can’t argue with that,” agrees Conor.  “It’s got plenty of pulling power and is well on top of the job.  And that makes for a relaxed, comfortable ride, which is important.  The reason we went for a V8 is that we wanted a flagship for the fleet.  Both dad and I really like this particular generation R-series, and as we hadn’t bought a truck for a while so we went for it while we could.  And it’s great – reliable, drives beautifully and we get great backup from our local dealer, Keltruck Coventry.”

A tour of the company’s premises – which actually houses both family businesses; Neil Bartlett Haulage Limited, the firm started by Conor’s grandparents Neil and Marie, and his dad’s company J J Bartlett (Haulage) Limited – reveals that Scania and Keltruck are both well embedded into the operation’s DNA.  Two large and well-used Scania Vehicle Maintenance planners adorn the back wall of the office and over to the side is a Keltruck clock, whose yellowed face has obviously witnessed the passing of a good deal of time.

Pictures around the office tell the story too; from the company’s first W-reg Scania 141 to the T-truck it still runs and 3- and 4-series models, Bartlett’s have run them all.

“They’re just great trucks,” says Conor.  “They tick all the boxes, simple as that.  In fact, we’ve only just got rid of our last 4-series, that’s how good they are.”

The day we meet Conor, he is wearing a JJ Bartlett polo shirt which just happens to have a Scania-Vabis logo on it.  “Not quite sure what the Vabis bit means,” he says.  So we tell him:  ‘It stands for Vagnsfabrik Aktiebolaget i Södertälje’.  He gives us a sideways ‘wish-I’d-never-asked’ kind of look before we translate, explaining it means Wagon Maker Limited of Södertälje.  Södertälje being the town in Sweden where Vabis started making railway rolling stock back in 1891.

We tell him it’s also where Sweden’s first car was made, and one of the country’s first two trucks too – the other being built in Malmo by a company called Scania, with whom Vabis would merge in 1911 to form the Scania-Vabis organisation, a name which endured all the way through to 1968, a year before the first Scania V8 engine was launched.

That first V8 delivered just 350 horsepower, less than half of the most powerful models today.  While it’s obvious that Scania has been busily developing its King of the Road engine for the last half century, what message would Conor send to the Swedes if he had the chance to improve the V8?

“If I had to say one thing,” he says after pondering the question for quite some time, “it’s that mine’s a bit too quiet.  I’m told they’ve done something about it in  new generation trucks, which is great news – I mean, it’s a V8, so you’ve got to be able to hear it, haven’t you? 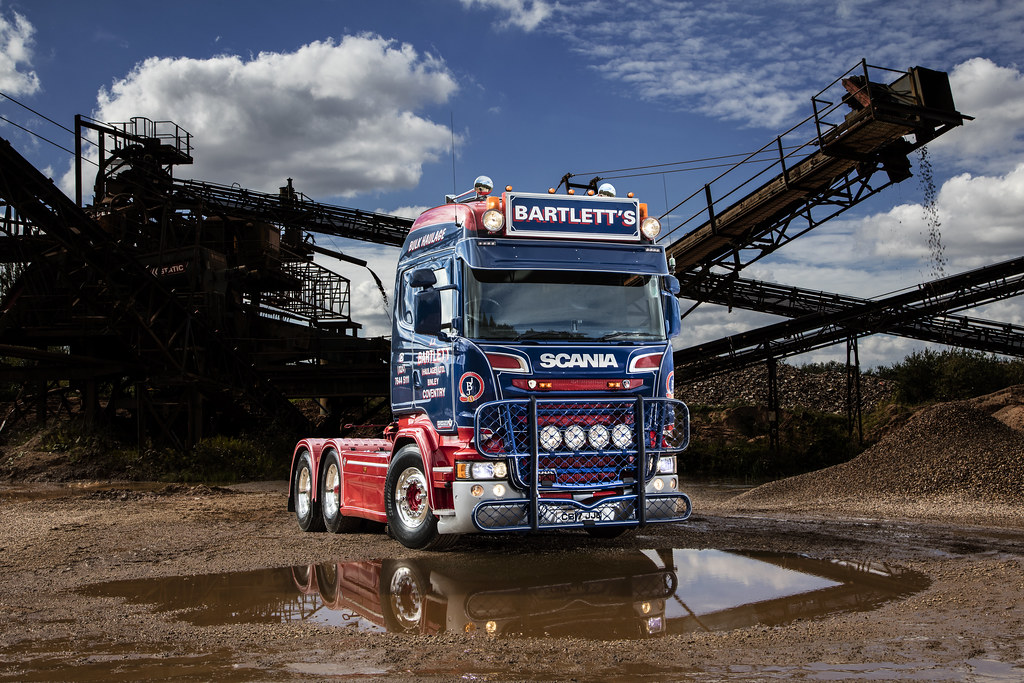 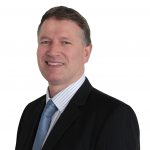 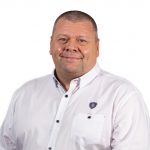