Keltruck account managers & senior management will be on the Keltruck stand (17-311 in hall 17) as well as on the Scania stand (8-110 in hall 8) at the 2005 CV Show at the National Exhibition Centre in Birmingham every day between Tuesday 5th & Thursday 7th April. 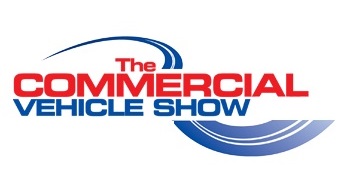 Scania will be displaying a selection of three vehicles and a static cab from its new truck range on stand no. 8-110. Included among the exhibits will be a Highline-cabbed 500 hp tractor unit from the R-series range, the current holder of the International Truck of the Year award. Also on show, and making its UK debut, will be a P-series 8×4 construction chassis.

The Scania R-series:  International Truck of the Year 2005 (IToY)
As the first model range to be launched as part of Scania’s new truck programme, the R-series comprises a mix of premium quality rigid and articulated truck chassis. On show at Commercial Vehicle Show 2005 will be a flagship long-haul R 500 LA6x2/4MNA twin-steer tractor unit. Equipped with a Scania Interactor 200 Fleet Management System, this vehicle also features a Scania V8 500 hp DC16-04 engine and a 14-speed Scania GRS900 gearbox with Scania Opticruise. The R-series is offered with a choice of standard, Highline or Topline cabs, the Commercial Vehicle Show model being equipped with the Highline option.

Since its launch, the R-series has proven fuel efficient, safe and comfortable in operation and is consequently popular with owners and drivers alike. The range has also been voted International Truck of the Year 2005, a title awarded by an international panel of journalists. In their citation, the IToY judges stated: “The Scania R-series impressed the jury with its particular attention to driver comfort through a wholesale revision of the cab interior.

“Improved ergonomics, better cab comfort and a more refined driving environment all combine to give the R-series enhanced driver appeal. In addition, Scania’s attention to the driveline, new electronic architecture and cleaner, more efficient engines was worthy of particular note.”

Other points of interest on Stand 8-110 will be a display of Scania’s Interactor 200 and Interactor 600 Fleet Management Systems and associated fleet information services and Topline cab exhibition. The Young European Truck Driver 2005 event will also be promoted and visitors will be able to collect competition entry forms from the stand.

Scania is also taking a second stand at Commercial Vehicle Show 2005 in the Skills Centre to promote career opportunities within Scania and its dealer network nationwide.