Truckin’ on – The great cab revival 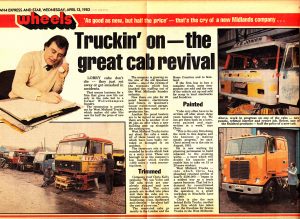 Lorry cabs don’t die – they just rot away or get smashed in accidents.

That means business for a firm that gives new life not only to the cabs but to a former Wolverhampton foundry.

The restoration is carried out by West Midland Trucks, which makes old cabs like new for half the price of new ones.

The company is growing on the site of the old Qualcast works – one of the victims of the recession which has knocked the stuffing out of the West Midlands foundry industry.

Now there are jobs for 25 panel beaters, electricians and fitters in Qualcast’s former maintenance garage, which has been made into a production line.

Another five panel beaters are to be signed on soon and there are to be another 15 or 20 jobs on offer when a new building goes up alongside the existing one.

West Midland Trucks turns out about five cabs a week, all of them based on units which have been badly corroded or damaged in an accident.

The three-acre site is surrounded by trucks which look in a sorry state. These are brought in on the company’s low loader which travels 1,000 miles a week recovering them.

Company chief Chris Kelly explains: “We use Volvo and Daf cabs which are completely stripped and new panels fitted. The outer panels are welded into place and then the cabs are re-trimmed complete with seats, headlining, glass, dashboard and electrics – for about half the cost of a new one.”

The renovated cabs go mostly to London and the Home Counties and to Scotland,

If the firm has to buy a complete truck, some components are sold and the rest of the vehicle cut up and sold for scrap to local steelworks and foundries.

“Cabs very often have to be written off after about three years because they rot. We can get them back on a lorry, even painted and sign-written in a week,” says Chris.

“This is the only firm doing the work to this degree and the business is making steady progress,” he says. Chris moved on to the site in August 1981.

He is now waiting for planning permission to build adjacent to the existing works – a move which will double his capacity and enable him to take on 15 or 20 more workers.

West Midland Trucks – into which Chris has ploughed retained profits of nearly £500,000 – began in a modest way as a truck spares business. That led to a demand for reconditioned cabs and Chris’s firm began the operation in a small workshop in Neachells Lane in 1980.

Chris is also the man behind Kelly Trucks, another new firm which has taken over the franchise for Scania Trucks in the West Midlands.

Above, work in progress on one of the cabs – new panels, refitted interior and rewire job. Below, one of the finished products – half the price of a new cab. 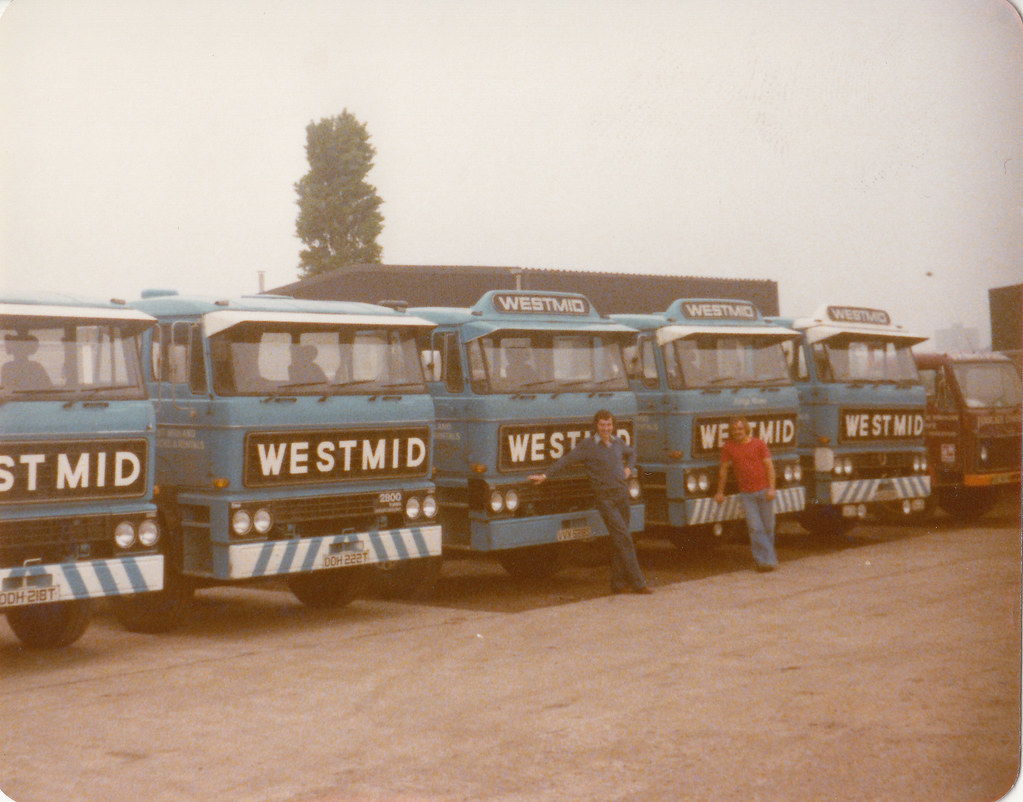