Farewell in retirement to a dear friend and colleague 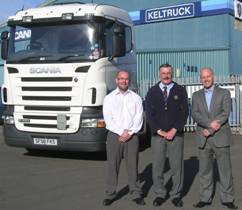 Maurice, who was the company’s Eastern Region Warranty Manager, worked for the company for 18 years, originally starting as a Warranty Administrator at Keltruck Lutterworth and Nottingham.

Over the years, Maurice has built and maintained a very strong relationship with his colleagues and customers and is a credit to the organisation. 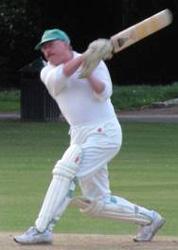 Russ Warner, Keltruck’s Aftersales Director commented, “I called Maurice on Thursday to thank him personally for his help, support and dedication to Keltruck and wished health and happiness in his retirement”. He continued, “I know that he’ll miss working for Keltruck as much as we’ll miss him being part of the Aftersales Team”.

In his final few months, Maurice set up camp at Keltruck’s Sutton depot under depot manager, Tony Smeed’s wing. Tony commented, “I would like to wish Maurice well for the future. Over the past 14 years I have known Maurice, he has always shown that hard work and dedication pays off.” He continued, “I would like to personally thank Maurice for all his help and guidance over that period, especially over the previous 4 months where he has helped both Sutton’s staff and myself through a busy work period. Maurice will be greatly missed due to his dedication, knowledge and professionalism.”

Paul commented, “It’s been a pleasure to know Maurice in both a personal & professional capacity. With a wealth of knowledge in his field, he will be missed.  Thanks for all of your help and support during the past few years. Here’s to a long, healthy & happy retirement”.

During his first week as a retired employee, Maurice will be whisking himself and his wife away to Holland for a 10 day holiday.

Maurice’s plans for the future are to continue helping towards to progression of his daughter’s Animal Rescue Centre and to pursue with his passionate hobby, cricket.