Keltruck has announced the arrival at head office on junction 1 M5, West Bromwich of its most unusual part exchange to date – a Harrier jump jet which is now for sale.

We took the jet in part exchange for a second-hand Scania truck from Lincolnshire-based Witham Specialist Vehicles, which sells and markets ex-Ministry of Defence vehicles and plant equipment.

We’ve taken some unusual things in part exchange over the past 25 years, including pallets of bricks, but this is certainly the most unusual.

The Harrier has caused quite a stir locally, with people having assumed it was flown in. But it doesn’t actually have engines – it has been decommissioned and arrived on the back of a lorry.

It arrived here about a month ago, and people just couldn’t believe it. It was one of the last Sea Harriers to come out of service, with the remaining ones that could still fly being sold off to the Indian Air force.

Now we are advertising it online, but will obviously be looking for thousands rather than millions of pounds. It will go to a collector of things military or someone like that.

To make your bid visit keltruck.com/harrier. 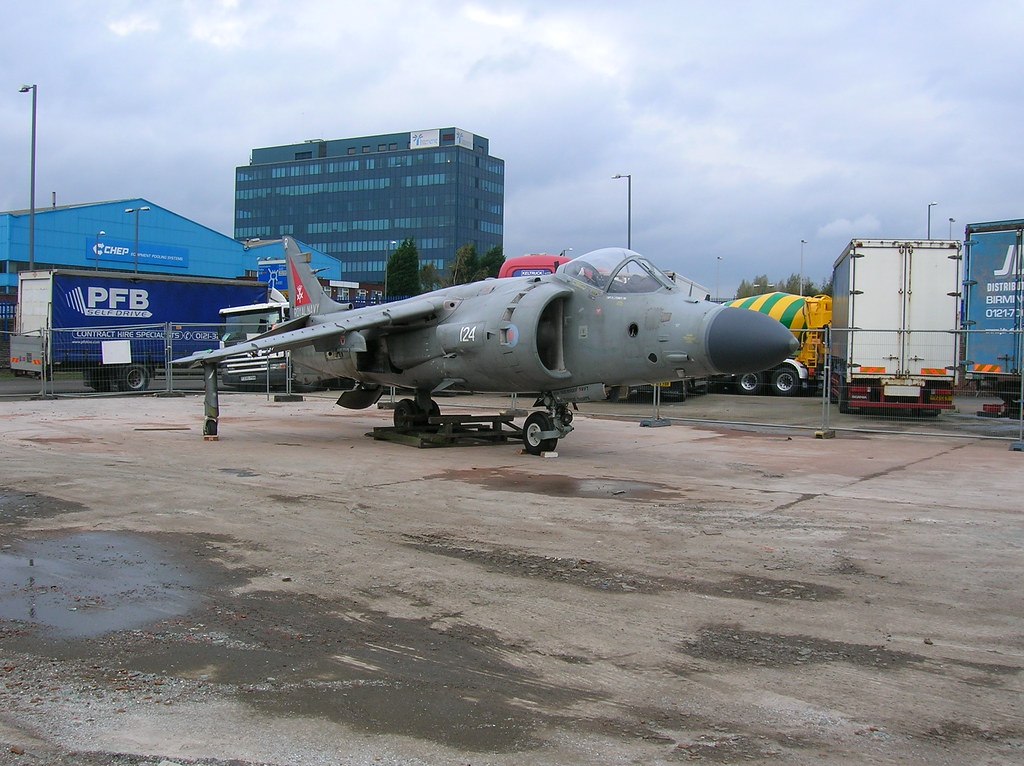