Turning 25 years of age in 2008, Keltruck, the Scania franchised dealer for the Midlands, has continued to grow and develop, closing off 2007 with yet another record year. No mean task in a climate where protracted lead times on new vehicle deliveries caused a significant reduction in vehicle sales. 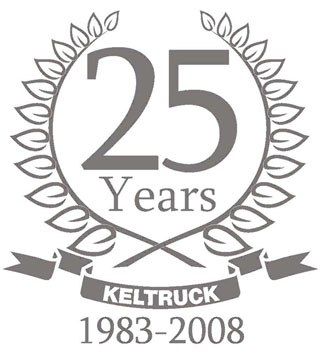 Chris Kelly, Chairman and Managing Director, commented “I think it’s fair to say in the 25 years in business I have never experienced a year like this, and the industry never ceases to amaze me. With new vehicle registrations down on the prior year, we saw an astounding order intake, achieving 1,214 new vehicle orders. This has to be put into context in that this was up 157% on the previous year. We entered 2008 with 872 forward orders – some 224 more than the number of vehicles we delivered in 2007 – and to top this off with our production allocations for 2008 all but sold out.”

Keltruck’s used vehicle sales division is well established as one of the main used Scania dealers in Europe. Keltruck purports to be the largest purchaser of used Scanias and, as the largest privately owned dealer in the UK, it has the might to back up this claim. 2007 saw a record year for the used vehicle operation with the market being particularly strong due to the situation with new vehicle deliveries. The challenge moving forward is to actually purchase quality vehicles for resale.

It has to be said, though, that the growth in the business does not come from new vehicle sales, and it is aftersales where the growth and diversification continues. During the past year Keltruck opened its 14th authorised Scania workshop in Worksop (the company’s 18th location in total) – an investment in the order of £2.5m. The Worksop operation serves the national trailer fleet for B&Q and has led to the creation of a number of new local jobs on the former Manton Colliery site. In addition to this the Willenhall depot, which opened in January 2006, has continued to flourish with its growth being a significant contributor to the overall performance. Willenhall is also home to one of the company’s Specialist Services Division workshops which offers a range of tail lift installation, servicing and weight testing, as well as an expansion into hydraulic repairs with a number of mobile engineers. Other areas of the business such as accident repair centres also saw significant improvement, with the opening of the state-of-the-art paint booth contributing towards the 20% growth over the prior year. 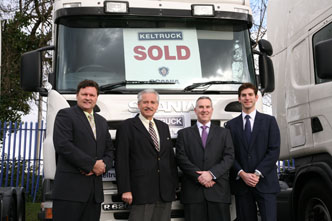 Investment continues into 2008 with a £½m extension to the West Bromwich site which will increase workshop capacity specifically to service our growing bus and coach business. “I think our ability to adapt is what keeps us ahead and it makes for an interesting challenge too” commented Aftersales Director, Andrew Jamieson. “It remains the case that, if there is something we don’t offer today, ask us and we may be able to offer it going forward.”

Chris Kelly rounded off with “The Midlands is still a leader in the transport and logistics industry though we are held back by poor investment in our road network. We want Keltruck to remain a progressive organisation and we have a great bunch of people but, most of all, we pull together as a team – and that’s no mean feet with over 500 employees.”