Keltruck keeps it in the family

Father and son working together in Accident Repair Centre 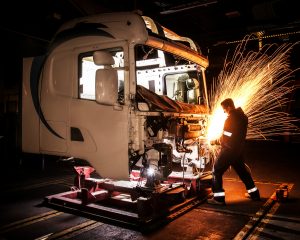 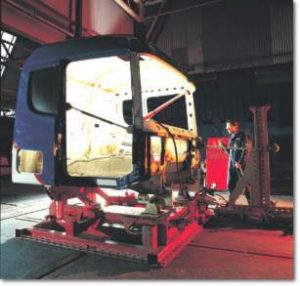 Keltruck, the largest independent Scania Distributor in Europe, is recognising nearly four decades of combined service from father and son Paul and Boyd Talbot, with Boyd dramatically recreating a photo of Paul at work in the company’s West Bromwich Accident Repair Centre.

Paul is Manager of Keltruck’s Accident Repair Centre at its West Bromwich site and Boyd works as an Accident Repair Specialist, having followed in his father’s footsteps when he joined Keltruck as an apprentice in 2000.

Paul started in the motor trade working as an apprentice at Jensen Cars, then after three years moved on to work as a panel beater at Hartshorne Motor Services. After meeting Keltruck founder Chris Kelly senior he started working with Keltruck on a self-employed basis, before opening his own business and doing work for Keltruck and other companies. In 1993 he sold his business and started work at Keltruck as an accident repair specialist.

Chris D. Kelly, chairman of Keltruck and son of founder Chris senior, said: “Paul started working for Keltruck nearly a quarter of a century ago and has been a key employee ever since. I’m delighted that he’s stayed part of the Keltruck family for so long and that Boyd is also well into his second decade with us.”

Chris continued: “Keltruck is, at heart, a family business with family values and I believe this is reflected in the quality of the service we offer our customers. My father founded the company in 1983 and I joined in 1999 and many of our team have been with us for a similar length of time.”

Keltruck has two expert Accident Repair Centres, one at West Bromwich, on junction 1 of the M5, and the other in Newark, Nottinghamshire. While they specialise in Scania vehicles, they have the expertise and the Josam jig equipment required to undertake major chassis, cab and body repairs for all makes of commercial vehicles, buses and coaches. 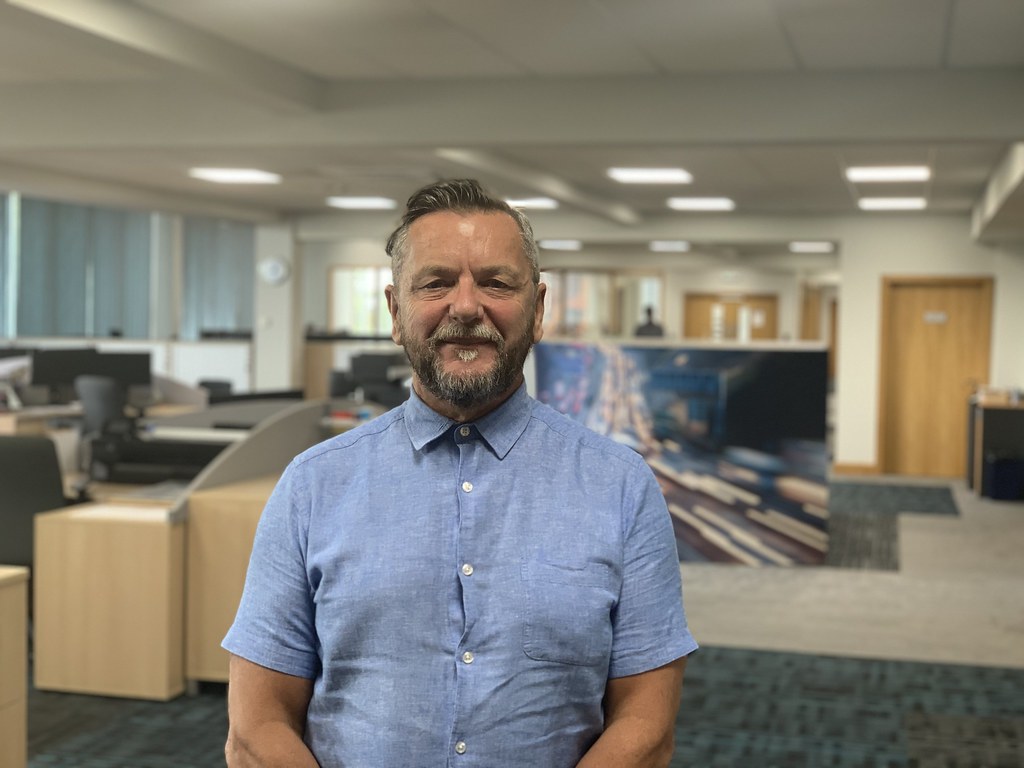