Their time was just over 11 minutes faster than colleagues Dave Needham and Steve Middleton who were the last Firefighters to complete the challenge in 1986.

As part of the challenge, they were not allowed to break the seals on their face masks and had to hold their breath for up to 30 seconds while an assistant changed their cylinders. This happened 5 times during the trek. They were only allowed to stop for 5 minutes each hour for drinks too.

After the climb, Lee said “It was a great experience and reaching the top was actually quite emotional. For the whole climb we had people passing us wishing us good luck which really spurred us on. Then, when we reached the top, there were people applauding and cheering. It was a fantastic feeling!”

Following this fantastic achievement, Andrew Jamieson, Managing Director of Keltruck Ltd, was more than happy to support the challenge by donating £250 towards their charity fund and handed it over to Andrew Bentley, Keltruck General Manager – Marketing and Business Development to deal with due to his fondness of the Fire Brigade.  Andrew Bentley’s brother is a serving Crew Commander for West Midlands Fire Service, their father had 25 years service in the Fire Service and so did their mother who spent 12 years as a control room officer based in Birmingham.

Andrew Bentley commented, “What a challenge!  The Llanberis path takes its toll on the fittest of people let alone wearing all that equipment with breathing apparatus.  I take my hat off to these guys; they have really done a great job.”  Andrew asked Lee what they did when they got to the end of the challenge thinking they would have taken the train that is available; however Lee replied that they simply “walked back down”.  Now that’s commitment. 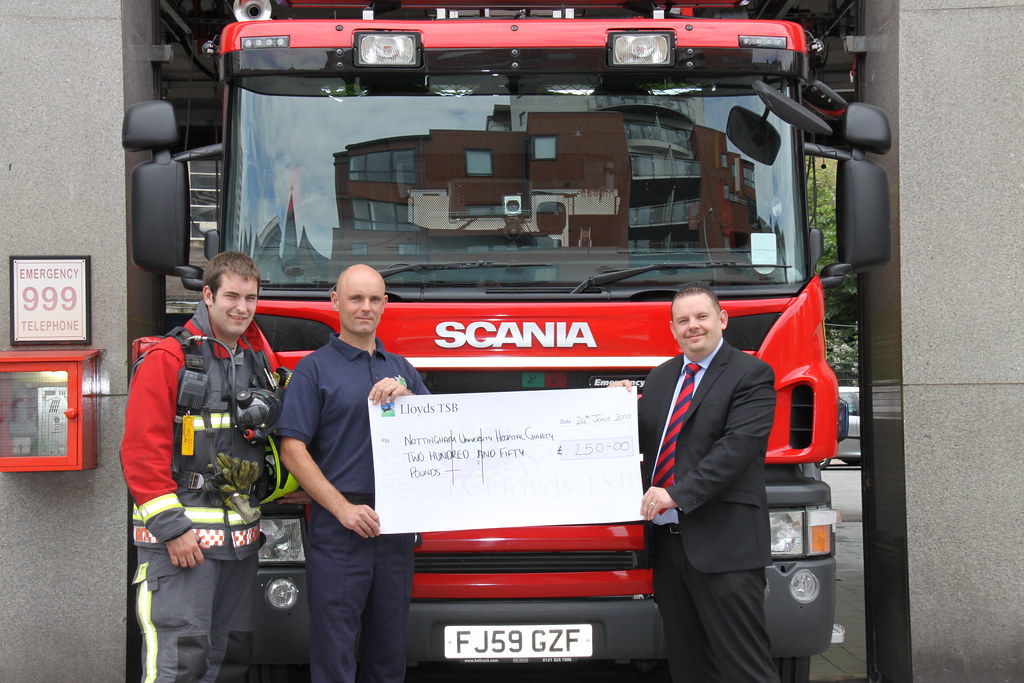