The road to love…

They may be from opposite sides of the (tyre) tracks, but Keltruck Scania’s credit controller Paula Trueman and Volvo’s Matthew Bradshaw get on wheely well and last weekend (8th October) drove into their next adventure as husband and wife!

Keltruck sponsor Bathams Racing who were more than happy for Paula to use their vehicle for her special day – and even threw in a few bottles of beer for the couple to toast their new marriage.

When we found out that Paula’s husband was arriving to their wedding in a Volvo we had to step in and make sure that Paula also arrived in style – and what better than a Scania V8! We know it is sometimes considered traditional for the bride to be late, but we pride ourselves on always being punctual and you are ‘never late in a V8’! We wish them all the best as they embark on the ultimate journey, a future together as husband and wife. 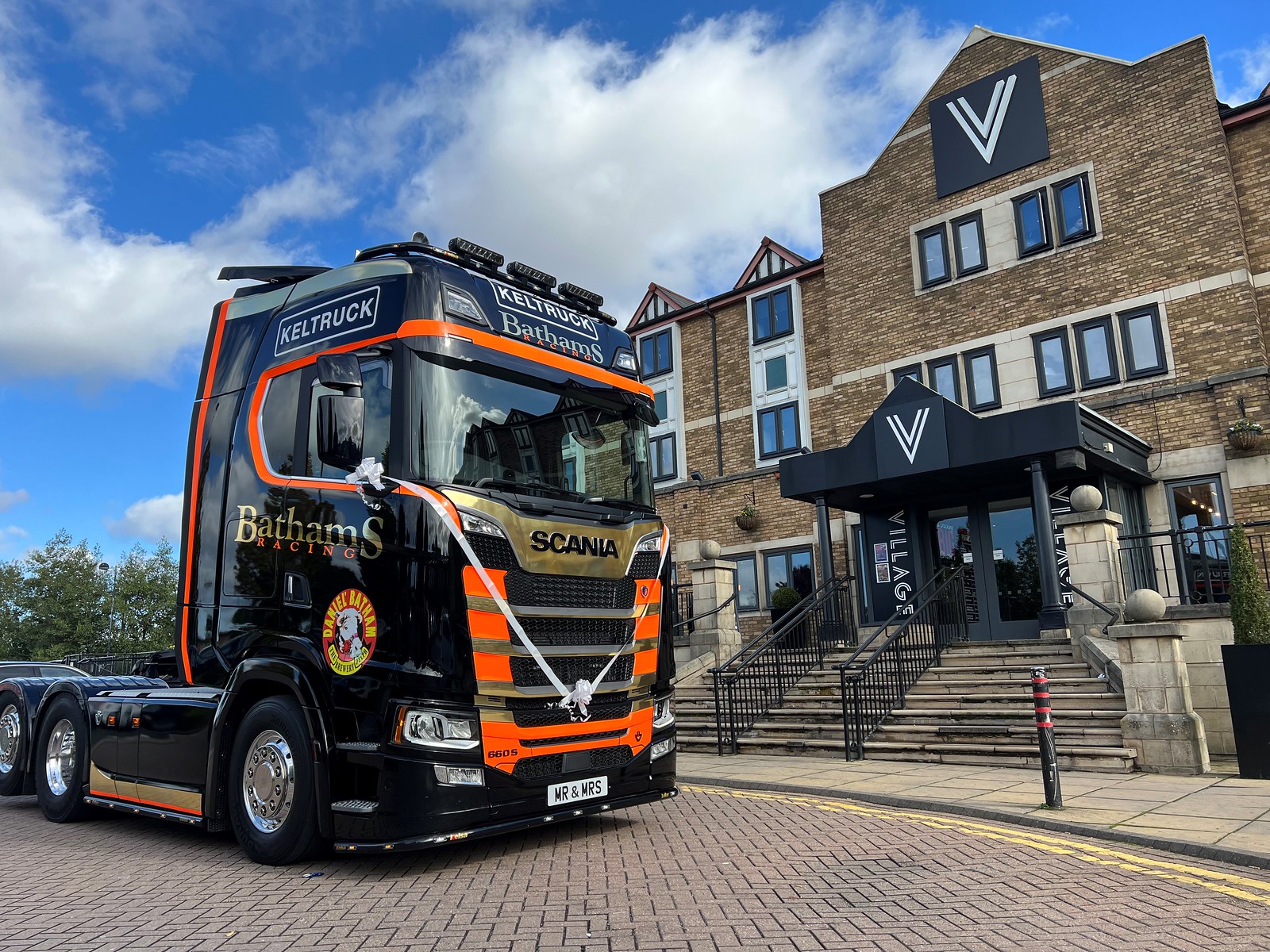