Keltruck Nottingham has qualified for the 2015/16 World Final of Scania’s Top Team competition, an event designed to encourage and promote the highest levels of skills and customer service among Scania technical staff worldwide. 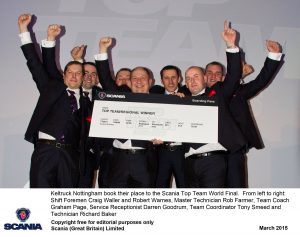 In securing a place at the World Final, the Keltruck Scania Nottingham team (aka: The Robin Hoods) have proved themselves at national and regional level.  This they did by winning both the UK Final, where they took on teams from nine other Scania UK dealerships, and their Regional Final, which was held over the weekend of 14-25 March 2015 in Bratislava.  At this event, the Robin Hoods competed against teams from nine of Scania’s international markets, emerging as clear victors by a significant margin.

“I am delighted for the Keltruck Nottingham team, whose success is down to many hours of study, practice and sheer hard work,” says Scania (Great Britain) Limited Top Team Project Leader, John Wainwright.  “Top Team is a gruelling tournament which tests contestants’ theoretical and practical skills to the absolute limit. Only the fittest survive and reaching the World Final is a massive achievement in its own right; it means that Scania Nottingham is recognised as one of the best 12 Scania aftersales teams worldwide.  We now wish them every success as they prepare for the World Final.”

Top Team was established in 1989 and has grown into Scania’s flagship global event for aftersales personnel.  Held bi-ennially, this year’s competition attracted entries from 8,000 participants in 62 countries.  With Regional Finals being held in Bratislava, Slovakia, Buenos Aires, Argentina and Guangzhou, China, a total of 12 teams will come together for the World Final, which takes place in Sweden this coming December.  In addition to the prestige that comes with success, the ultimate winner and two runners-up will share a prize fund of 100,000 Euros, to be split between the winning branch and individual team members. 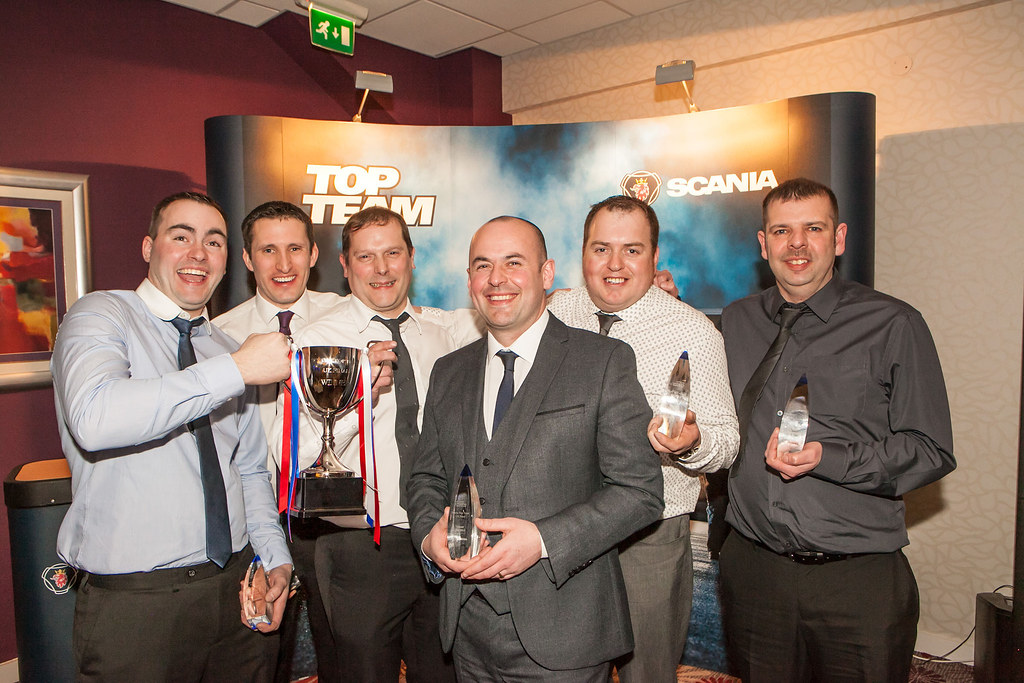