The King at Keltruck 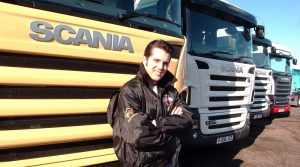 Travis Ledoyt is a highly rated Elvis tribute act from USA. He has received glowing endorsements from DJ Fontana, Elvis’s original drummer, & has appeared with Jerry Lee Lewis & Little Richard. He has also been the star attraction at the annual Tupelo Festival held on Elvis’s birthday in his home town.

Travis was pictured at Keltruck Nottingham during a photo session at the start of his first ever UK tour. He is returning to Britain in July to headline the Americana Festival, Newark, Nottinghamshire where he will play to around 65,000 fans.