Getting the parts others can’t reach

Ever been stranded waiting for a vital truck part surrounded by bumper-to-bumper traffic? Well West-Bromwich-based Scania dealer Keltruck has just the answer. It will deliver your VOR part by helicopter. What is it called? What else—the Kellycopter.

The 400hp Bell Jetranger, resplendent in Keltruck livery, has a three-hour duration allowing it to carry urgent parts up to 400 miles away.

According to Keltruck MD Chris Kelly: “It’s great for getting parts to people, particularly when the motorway is blocked up—which it often is. It’s useful to hop over it.”

The Jetranger is piloted by Mike Leeming, Keltruck’s marketing manager and a former army helicopter pilot, and Kelly himself, who passed his helicopter driver’s licence two months ago.

In addition to its fast parts service Kelly uses the chopper to get to vehicle auctions, visits to Scania at Milton Keynes and other dealers in the network.

After the Kellycopter the Hawk looks forward to the launch of Keltruck’s “supersonic” parts service…with a Saab Viggen perhaps? 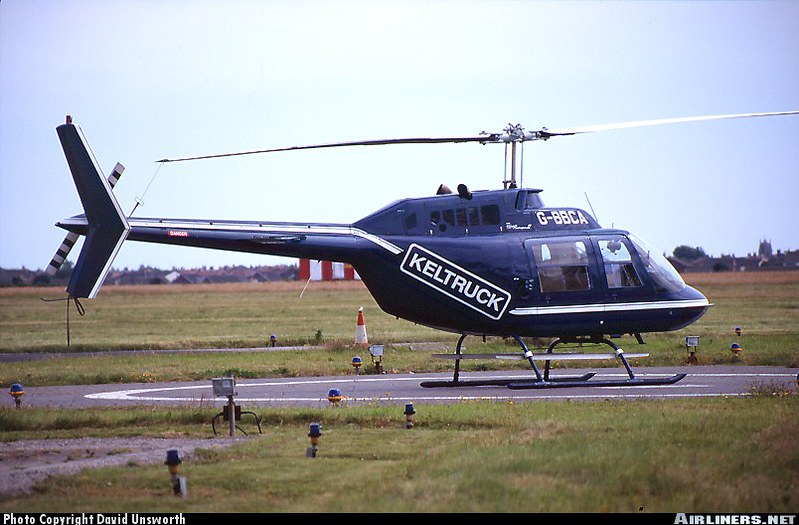